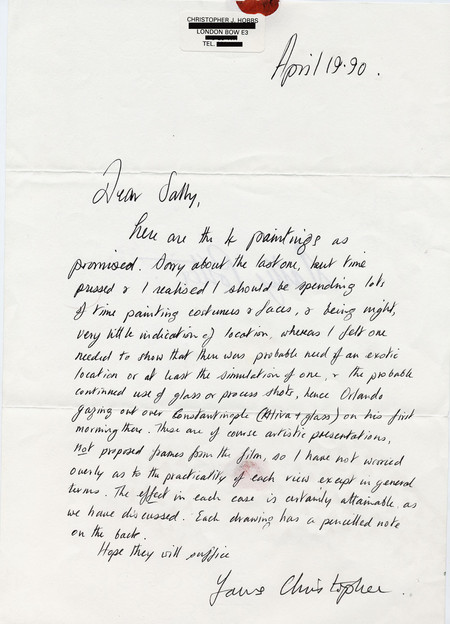 Orlando - from literature to film by Lawrence Parmenter ,

Translating the novel to the screen. What is lost? What is gained? Singular author vs creation by committee?

Items that had anything to do with scene 2

Intertextuality in Orlando, in what ways are the aims of Woolf and Potterthe same/different? by Sophie Durham,

An exploration into the ways in which Woolf and Potter construct their versions of Orlando and how these show similar motives as authors, or perhaps how these motives might differ, possibly due to the fact that they use different mediums to tell the same story.

The Living Archive The great joy of archives is the way that they allow you to see behind the facade, to bring alive the thinking that resulted in the documents. For this reason, I find notes such as this irresistible. In their immediacy, they help you get into the mind of the artist more than the work itself. The finished painting, book or film is as much a process of hiding as revealing. But if you come across notes such as these in an archive, then you begin to get that wonderful sense of being able to see all.

Orlando in the East by Christine Gledhill, Professor of Media & Cultural