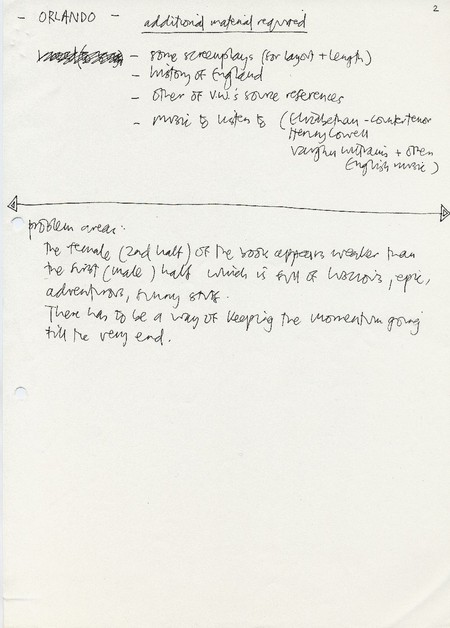 Orlando- the ending by Bella Wing-Davey,

The adaptation of 'Orlando' from literature to novel, and how each type shows the transgression from male to female

the process of adapting the essence of orlando from literature to film.

Intertextual nature of Orlando The final comment about how she intends to begin and end in the present is interesting because I think it is relevant to every part of the process. While adapting a work, one has to think of all the different elements that go into it but ultimately the most important to consider the context that you are bringing it into. It was a smart move on Potter\'s part by bringing the film up to the present day since this is what she has done with the work.

What is lost and what is gained?

What is lost and what is gained?

Orlando is a woman? by Easmanie Michel, Student

The stillness and restrictions that happen cinematically upon Orlando's gender transformation.